Observations and notes about magic skills.

It can be tragic, when you don't use magic! - Bonzz

While non-Magic classes can technically cast spells, they can only do so via items (click items), process (processes), buffs and / or combat abilities (things that do no actually require Mana).

Magic can be offense (attack / damage opponents), defensive (i.e. buffs) and of miscellaneous use (i.e. teleportation). 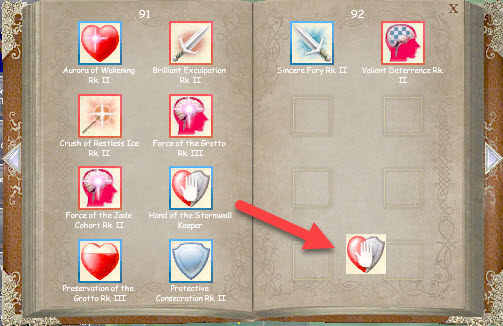 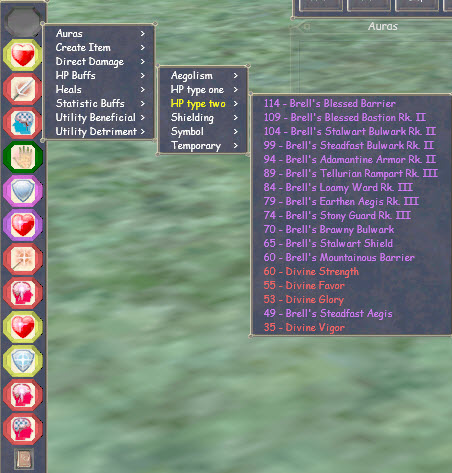 There are (2) classes of Characters that can use Magic... Intelligence Casters and Wisdom Casters.

The difference is if their mana pool is affected (improved) by their Intelligence Statistic or your Wisdom Statistic.

You skills in using Magic are increased automatically, by simply casting Spells or Meditating.

Your skills in the different types of Magic, however, can only skill up when you are using a spell that is of a given Magic category.

To see what category a spell is, simply right click the spell from your Spell Gems (Spell Bar) or your Spell Book, where it will show the "Skill" type (see image below).

Abjuration is a magic ability that has to do with self-defense (spells that help protect a character from taking damage, such as a Resist buff).

Alteration is a magic ability that involves altering reality and beings, such as teleportation, gating, invisibility, blinding flash, snare, running speed and the like..

Channeling is a magic ability that involves the channeling of energy -- mana -- so that spell casting is faster and / or is less likely to be interrupted.

Casting spells -- of any kind -- can / will increase Channeling.

Conjuration is a magic ability that involves summoning ("conjuring yp") something into existence.

This could be an elemental, pet, familiar, warder, food, water, armor, weapons and other such things. Summoned items are always normally temporary (they will disappear after you camp) items.

Divination is a magic ability that has to do with divining (seeing the unseen). Such as see invisible.

Evocation is a magic ability that involves the offensive use of magic. It allows you to evoke harmful spells upon your enemies, such as damage over time and direct damage spells.

Meditate (Meditation) is your ability to faster regenerate Mana (for Classes that have Mana).

To skill up Meditate, for faster regeneration,  you simple have to Meditate, which happens when you sit down or when you are stationary on a Mount.